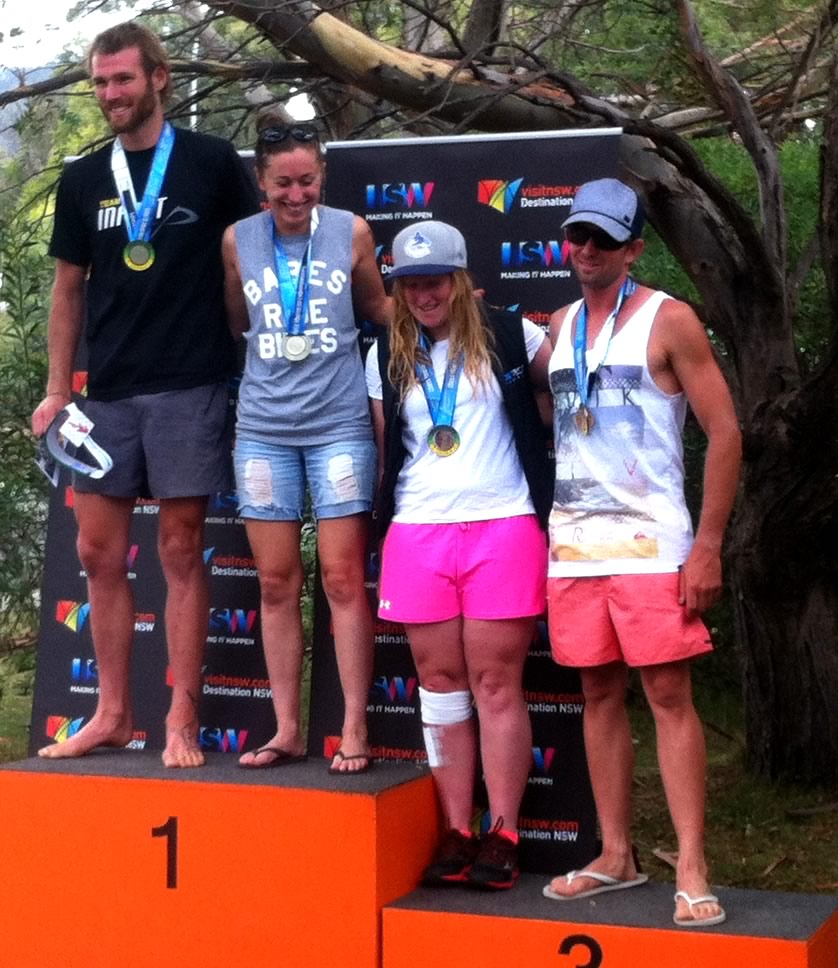 The cross triathlon / xterra format of racing is one that I have been excited for several years to compete in. I have always loved cross country mountain biking and technical trail running, and being able to combine this into a standard distance triathlon seems like my dream race. But the dates never worked and it was all too hard until this race in the Snowy Mountains.

I travelled down for a weekend to Crackenback to scope the course out prior to the race. I am really happy I did, after a couple of laps on the bike course with Steve Fitchett, and likewise the run with Guy Jones and Kylie Message, I discovered that course knowledge would be a massive help on race day.

The race morning was perfect late summer in the mountains, cool, blue skies and still. The event centre was a nice hum of activity before the start, heaps of excited athletes and supporters in one of the most stunning locations to race in Australia. I came into the race with the usual combination of nerves and excitement and got some funny looks when I was doing plyometric push ups to warm up before the swim (we couldn’t enter the water prior to the start). I was stoked to be in the first wave after the elites courtesy of my age group, as it meant the whole race would hopefully be somewhat less chaotic and I would have a clear run on the bike.

I was pretty stoked that it was a non wetsuit swim, with the water temperature plenty warm after a hot summer. The swim start was predictably rough, with only 50m to the first buoy. After that however I got into a good rhythm and there were good features to navigate off the whole way around the 750m loop. The rest of the first lap, short run and then second lap swimming were uneventful, but my swim wasn’t as quick as I would have liked. The short run to transition was fine, and after a smooth and fast transition I was out on the bike.

Straight into the fun skills section that has been developed by the Crackenback resort, I passed a couple of the faster swimmers, and managed to get into a really good flow. The fast and flowing single track was truly awesome, enough natural obstacles and fun lines to keep you on your toes, but pretty flat and fast to keep the intensity high the whole way around. The section along the river was a real highlight, with some nice tight corners and picture postcard backdrop the whole way. The second lap of the 15 km course I dropped my one bottle of Infinit, which was pretty frustrating having to stop and start again. Then I managed to break a spoke in my rear wheel, which made me pretty nervous hearing the racquet it was making for the remaining ride.

I was lucky with traffic – there was only one pinch on the second lap that I needed to slow down due to other riders. Coming into transition the second time I was with Brodie Gardner, and we took off on the run more or less together. The course was super technical, pinchy and didn’t really allow you to get into a fast consistent rhythm – which suited me. It was proper off road running, with 3 laps of a 3.3 km course that included a suspension bridge (tricky), a 100 m section running in a river (refreshing), crawling through a tunnel (not fun when you are 6’5”), and a bit of rock climbing (height was handy there).

The first lap I was feeling good and strong, but the second two I felt on my limit and held on. Coming across the line I was so stoked to have been able to finally compete in a race of this format. My time of 2:38:45 was good enough to put me as the Australian Champion for 25-29 Men, first ‘Age Grouper’ and second outright to leading Australian Off-road Triathlete Ben Allen.

Thanks to Lake Crackenback Resort and In 2 Adventure for holding such a great event. Thanks to Infinit Nutrition Australia for my race nutrition, and Onyabike Canberra for bike support, both contributed to an awesome day out!

I am looking forward to the remainder of the year training towards the Cross Triathlon World Championships, which are being held at Lake Crackenback on the same course in November.